BS3621 Locks – British Standards Locks and How To Identify Them 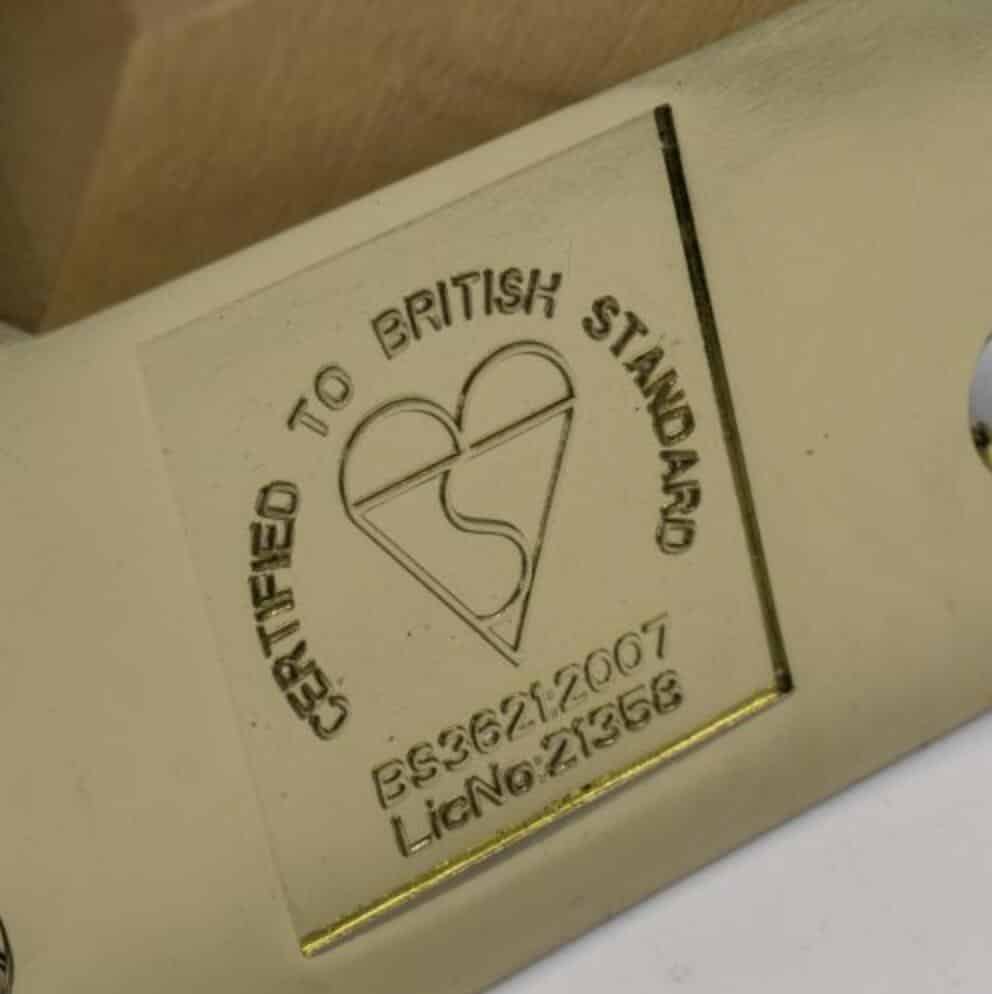 It can be quite a rigorous and painstaking process to choose locks for your doors to ensure the utmost safety in your house. The following article will give you a detailed account of how you can tell apart British Locks (more commonly known as BS3621 Locks) from other, regular locks. It will also guide you, as well as give you the pros of having a BS3261 lock attached to your door. Along with that, it will also introduce various other standards of locks that individuals may not know of.

BS3621 is a type of lock standard which complies with the British Standards Institute for burglary-proof and thief-resistant locks. This is, by far the most popular standard when it comes to locks on doors. These BS3621 locks can usually be found on the front and back doors of a house to prevent a break-in or entry by force.

These locks are a great way to amp up the security level of your house, and will most definitely prevent you from any thievery or burglary. Even though it isn’t necessary to have these locks installed in your interior doors, it is considered necessary to get these standard locks installed onto your exterior doors to be on the safer side. Most insurance companies have policies that require BS3621 British Standard fitted door locks.

The main query that might be on your mind right now is probably – “How do I find out whether the door locks fitted in my house doors follow the standards of BS3621?”

How To Identify If Your Locks Are BS3621 – 2 Simple Steps

Easy Steps On How To Check For BS3621 Locks

Step 1: Try to find the British Standard Kitemark (BSI) that is stamped onto the lock.

In case any of the two requirements above are missing, it is most probably fake. The Kitemark needs to be present on the lock to ensure that it is not fake and that it does indeed comply with the British Lock standards.

If you’re still not sure about whether your lock complies with BS3622 standards, you can simply inquire about it from Locksmith London approved locksmith that is close to you or in your vicinity. These locksmiths usually deal with these kinds of locks daily and will be able to assist you to upgrade from your current locks to BS3621 locks.

Some Information Regarding British Standard Locks

BS3621 Locks are original, and the benchmark for most lock standards. These locks first arrived in the 1960s. Some main facts regarding these locks are listed as below: 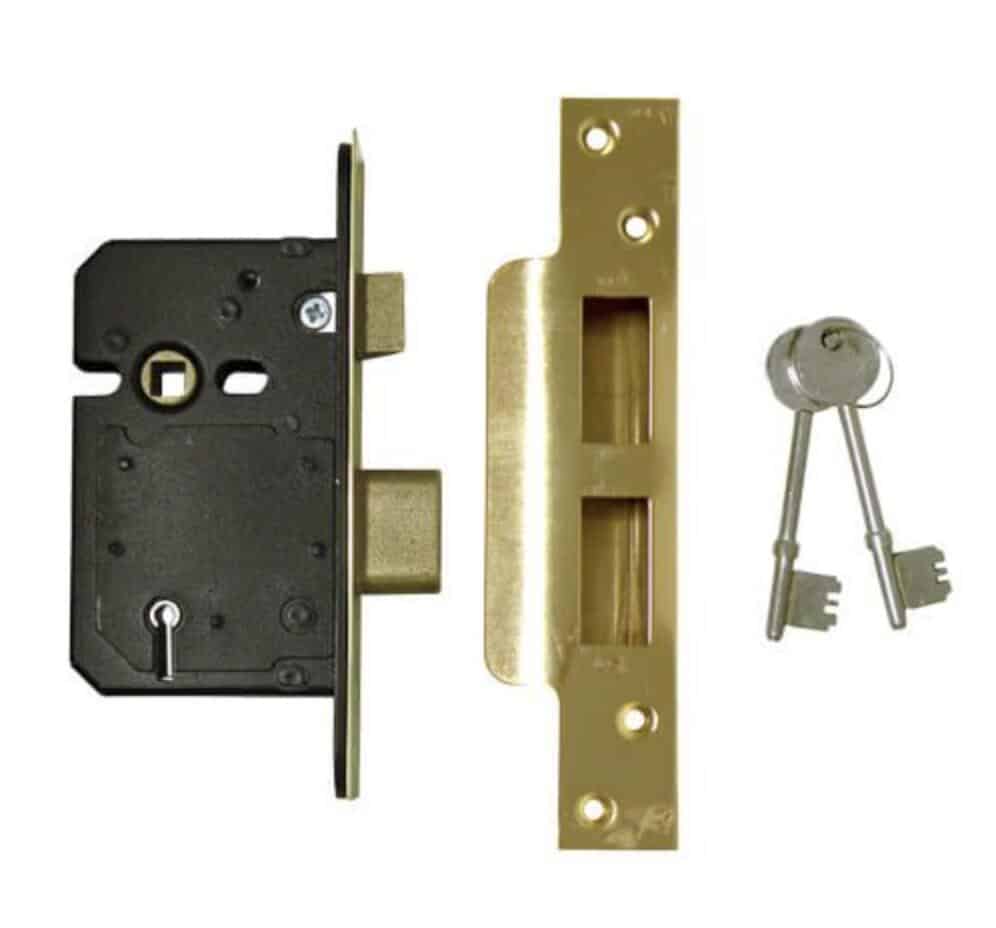 Several benefits come along with having a BS3621 British Standard approved lock fitted into your door. A few main ones have been listed below:

Have BS-3621 Locks Been Insurance Approved?

Most Kitemarked BS3261 Locks may have labels written on them stating that they are “Insurance Approved Locks,” which usually means that more than a few insurance companies need this standard of lock to be fitted. One of the reasons for this could be that this lock may be a part of their insurance policies.

With that being said, it must be mentioned that Insurance Provides have NOT approved these BS-3621 locks. This is because all approval and certifications are solely done by BSI (The British Standards Institute) themselves.

It is possible to find the following door locks in your home that may comply with BS3621 lock standards. 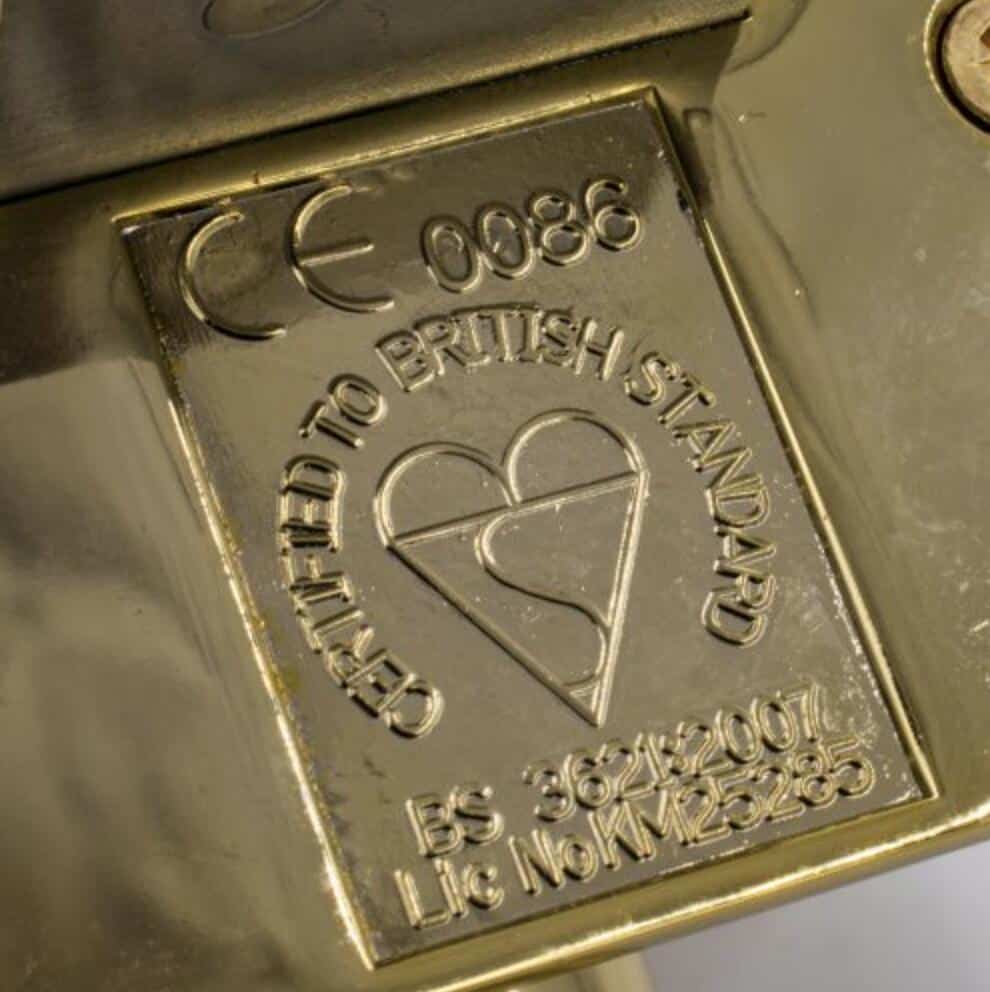 Locks that comply with BS3621:

Everything You Need To Know About BS3621 Mortice DeadLock

The DeadLock is designed primarily for entrance doors to prevent break-ins and burglary and is usually a requirement by most insurance policy companies. These locks have been rigorously tested to comply with the standards that are set by the British Standards Institute. There are certain features that the mortice locks need to possess to match up to BS3621 standards. One of these features includes having a minimum of at least 5 levers in the lock, which means that a Mortice lock that contains only 3 levers cannot comply with a British Standard Kitemarked BS3621 lock.

To figure out what this lock looks like, you have to pay close attention to the details of the Mortice Deadlock, which is BS3621 approved. The Kitemark, along with the standard number engraved below it, can easily be located and found on the Mortice Deadlock.

It should be mentioned that a few of the 5 levers Mortice Locks also do not comply with the BS3261 standards, and it should be checked beforehand to confirm whether they are BS2621 locks or not. You can also inquire from your local MLA locksmith on whether the 5 lever lock that you are planning to purchase follows the BS3621 standards or not.

A Mortice lock should be changed if you moved into a new house, as the lock can be operated and unlocked with a different set of keys. It is possible for Mortice locks to be faulty, and can easily be damaged through attempts of breaking in.

Requirements that must be met by Locks to be BS3621 Approved

To meet the requirements set out for BS3621, a lock must have the following features:

The British Standards of the BS3621 Locks

As the years pass by and the trends change, the standards of the BS3621 have to be updated and changed to comply with the ever-progressing world. Due to this, there are multiple versions of BS3621 locks that are currently available. The different years in which they were manufactured and introduced can easily be identified on the number, which indicates the date and year when the standard was approved by the British Standards Institute.

The following is the list of the number of versions that your lock could be:

It should be noted that the year in which the lock was introduced or certified is not very significant. Considering that these are all BS3621 locks, they all conform to the British Standards, and each is as effective as the other. It is more important to have a BS3621 lock fitted onto your door. However, it is suggested that the newest and latest version of the locks should be acquired, just to be on the safer side. And if your locks are of older versions, it is commendable that you upgrade your BS3621 locks to the latest version of the lock that has been introduced thus far.

Although these locks are not deemed as necessary by most home insurers, some may emphasize the importance of BS3621 and how your locks need to meet BS3621 standards. Some insurers, on the other hand, do not necessarily require your locks to meet BS3621. All in all, in the end, it comes down to the individual customer to consult with their home insurer on whether it is better to have BS3621 locks installed, whether necessary or not. 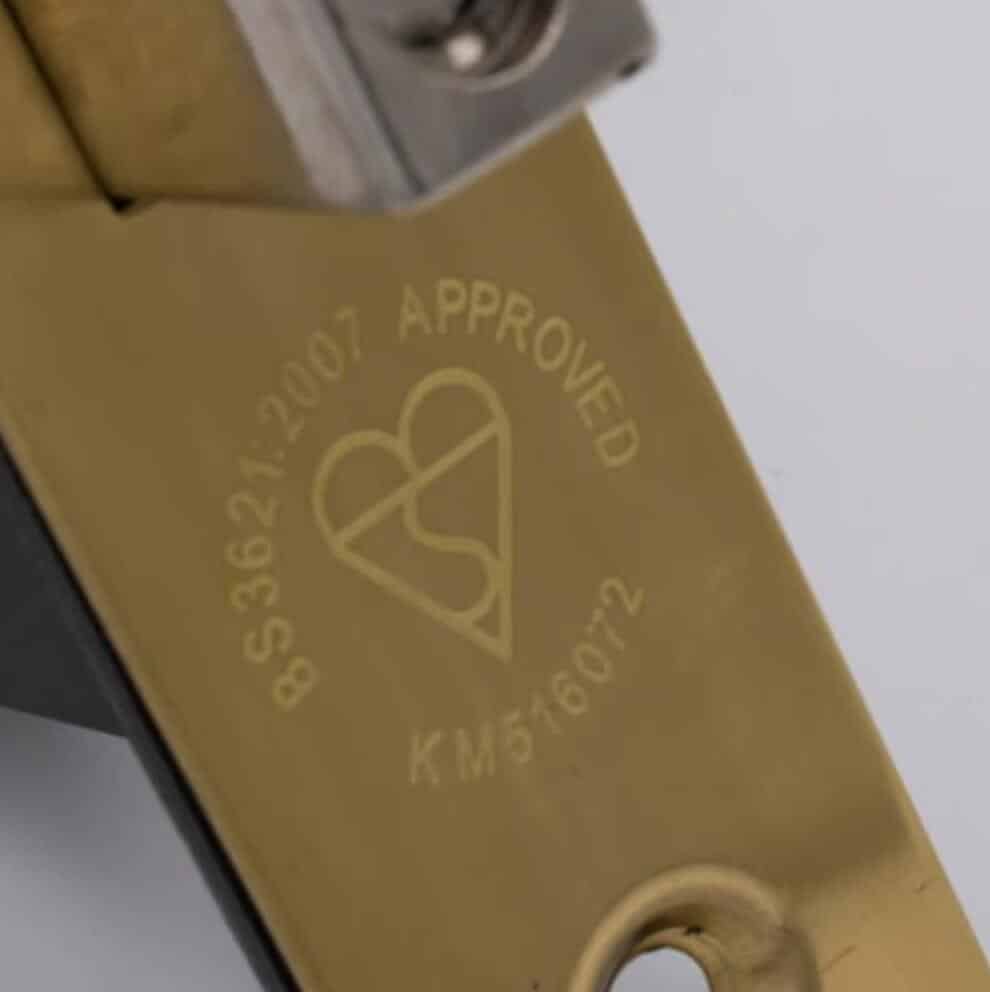 Will A BS3621 Lock Reduce My Insurance?

Usually, as is the case with many home insurers, cheaper or budgeted insurance will not be offered simply because you have BS3621 locks installed, especially considering as this is a standard and minimum requirement in most insurance policies. Once again, it is recommended to check with your providers and find out whether or not having these types of locks installed will lower down the expense of your insurance.

The prices of the B3621 Locks have been estimated and listed below:

Two other British standards of the lock are available, which are the BS8621 and the BS10621. You will often notice and find that these two locks are being mentioned alongside with the BS3621. However, compared to the BS3621, which is usually used in households, these two varieties will rarely be found being used in domestic homes.

BS8621 British Standard Locks – What Are They?

BS8621 Lock is a typical standard of lock that is mainly used for emergency exits, these exits being used in the event an occurrence of an emergency (such as a fire, an earthquake, and other various natural or man-made disasters). These types of locks are designed in such a way that a key is not required to escape the building, which proves to be effective during instances of a life-threatening incident.

A few interesting facts about the BS8621 Locks are:

The advantages that usually come with having a BS8621 Lock are listed as follows:

Locks That Comply With BS8621:

It should be mentioned with great importance that this standard of lock should not be confused with a fire escape; it is ideal for dire and life-threatening situations but should not be used only for that purpose.

How To Identify If You Have A BS8621 Lock

To figure out whether you already have a BS8621 lock installed onto your door, the following 2 steps can be taken:

Step 1:  Try to find the British Standard Kitemark that is engraved onto the lock. 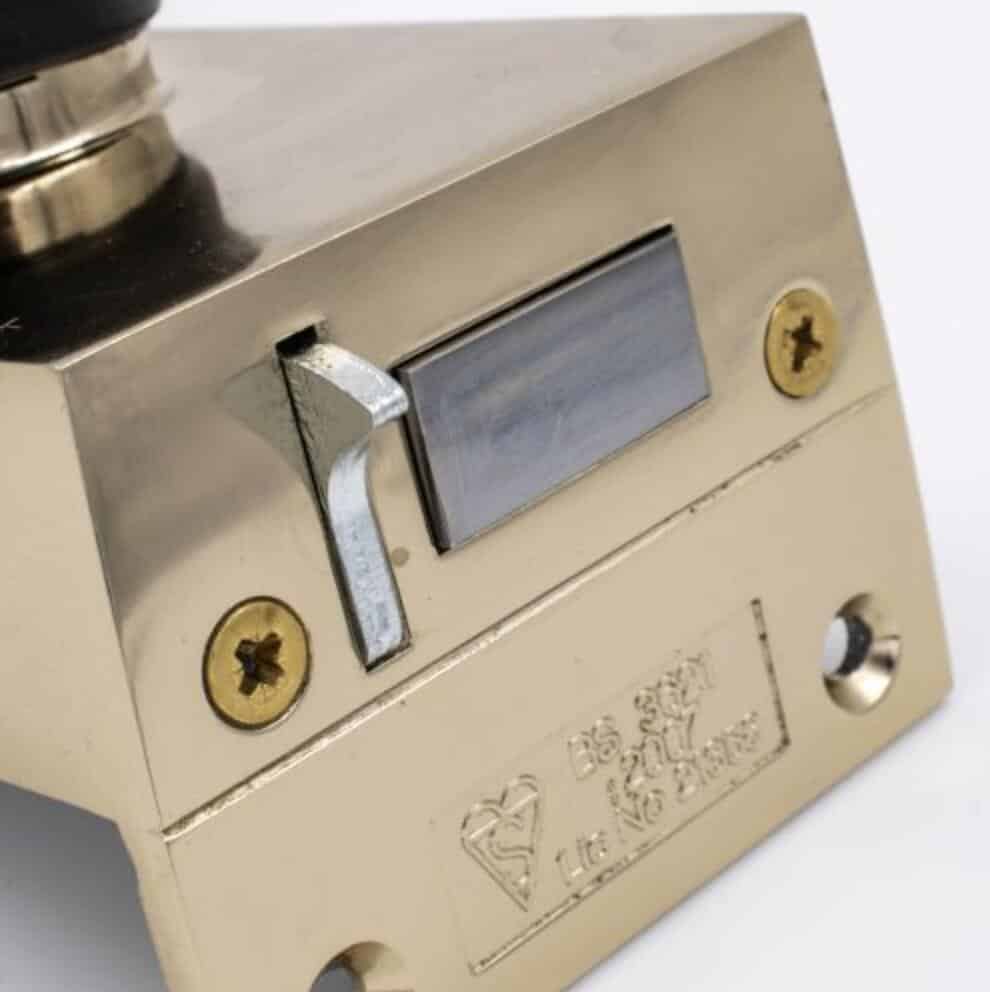 The Different Versions Of BS8621 Locks:

Listed below are all the version of BS 8621 Kitemarked locks that are currently available for use:

BS10621 British Standard Locks – What Are They?

BS10621 British Standard locks have features of both BS8621 and BS3621 Locks. This lock is a mixture of both keyed and keyless egress (meaning that it has a dual-mode) and is, by far, one of the least popular standards of the lock. They are not as widely available and are quite common, as most individuals prefer to use the other standards of the locks.

Some interesting facts regarding the BS10621 Lock are listed as below:

It must be stressed upon the fact that it is recommended to not use this standard of the lock in places where there are only single exit dwellings, as there is a possibility of getting trapped inside of the building itself.

You can tell if you have a BS10261 Lock, and it is quite easy to do so, by simply using the following two steps:

The Different Versions of BS10621 Locks

Listed below are all the different versions of BS 10621 Kitemarked locks that are currently available:

BS3621 British Standard made to fit locks are designed for doors to ensure that they are thief resistant and to prevent any burglaries from occurring. Owners need to know about such locks to ensure their safety, as these locks usually end up being a requirement for your home insurance, and may or may not end up giving you savings on your insurance policy.

The standard of these locks is suitable for exit doors such as the front and back doors, which are most prone when it comes to breaking in. Although not required for interior doors, in some circumstances, this standard may be deemed necessary.

A British Standard Mortice lock needs to have at least 5 levers to offer a decent level of security, and this number of levers are usually required according to British Standards.

Approved British Standard BS3621 Locks will usually have the trademarked kite mark etched onto the lock. IN most cases, the mark can be located on the place near the place where the bolt comes out of the door when it is locked. They also have the lock standard number that is stamped onto the faceplate of the lock.

To upgrade your locks to give yourself a maximum level of security, it is best to switch over to BS3621 locks and consult a local locksmith regarding this matter. 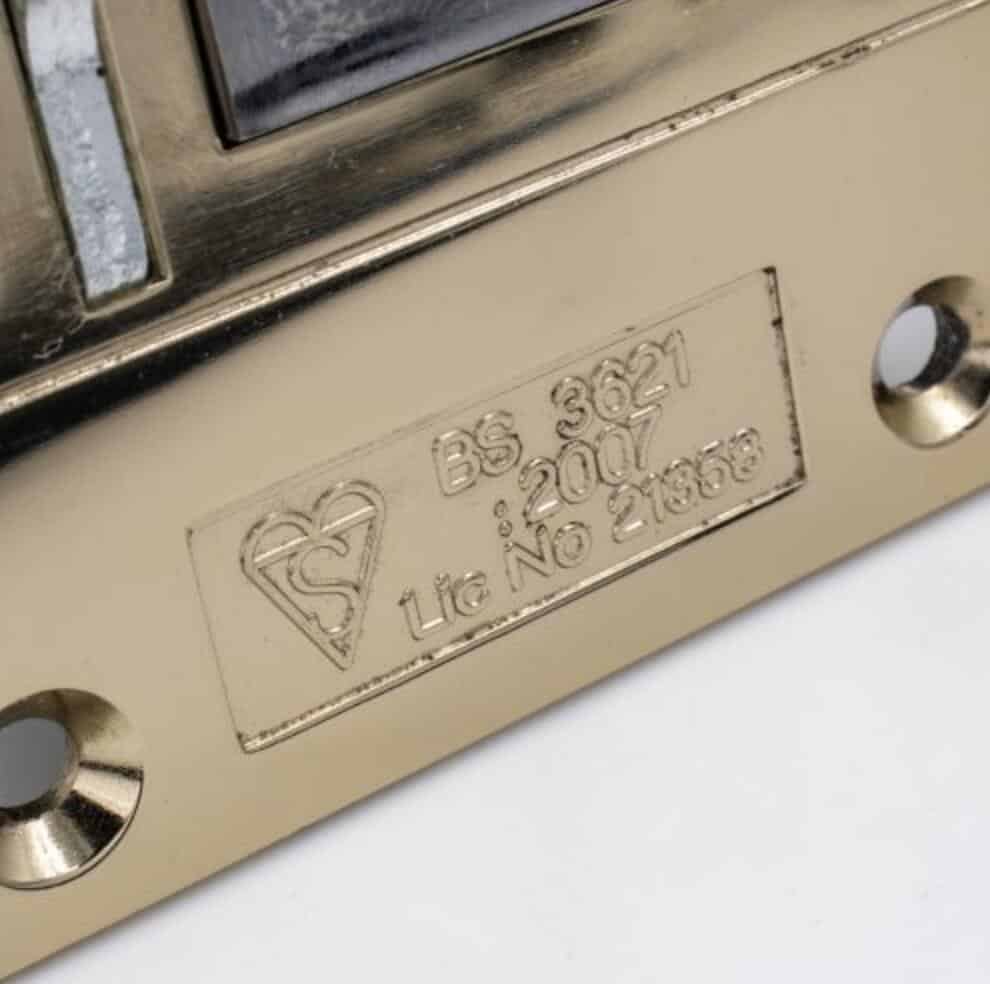 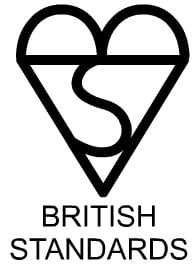 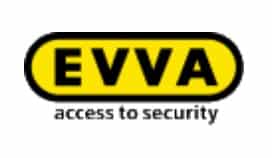 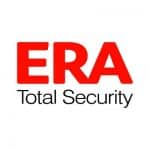 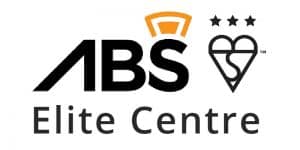 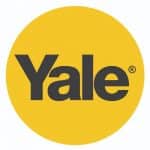